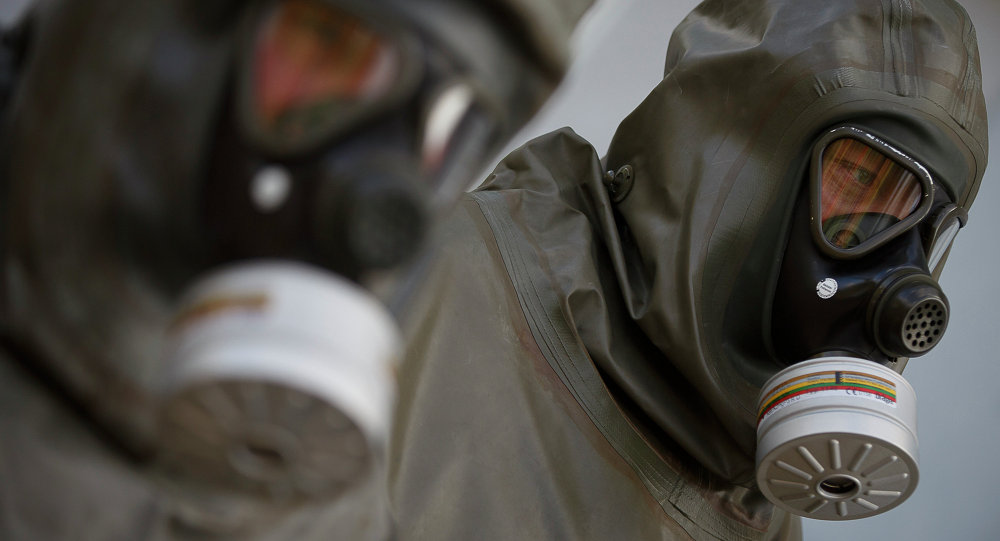 Chemical exposure, especially to one such as sarin, is not something to which paramedics give a great deal of thought, after all many paramedic services have specialty teams trained in CBRN and CBRNE to handle these types of calls.  In today’s climate it would be naive to assume that there is no chance that you will come in contact with this type of exposure.  While we all hope that something this horrific will never happen it is important to expand our knowledge base to protect ourselves and our patients.

While it is extremely important to have speacialty teams in place and it is equally important that every medic on the road has a basic understanding of these chemicals, their effects, their treatments.

Sarin is a human-made chemical warfare agent classified as a nerve agent. Nerve agents are the most toxic and rapidly acting of the known chemical warfare agents. They are similar to certain kinds of insecticides called organophosphates in terms of how they work and what kind of harmful effects they cause. Nerve agents; however, are much more potent than organophosphate pesticides.  Sarin originally was developed in 1938 in Germany as a pesticide.

Sarin is a clear, colorless, and tasteless liquid that has no odor in its pure form and can evaporate into a vapour and spread into the environment.

Where sarin is found and how it is used

Sarin is not found naturally in the environment, it is a man-made toxin.  Sarin was used in two terrorist attacks in Japan in 1994 and 1995.

How people can be exposed to sarin

People can be exposed to sarin through direct topical contact the skin or eyes or through inhalation of sarin that has been vaporized.  These exposures can happen quickly after the initial release of sarin.

A person’s clothing can release sarin after it has come in contact with sarin vapor, which can lead to exposure of other people.

Because sarin vapor is heavier than air, it will sink to low-lying areas and create a greater exposure hazard there. 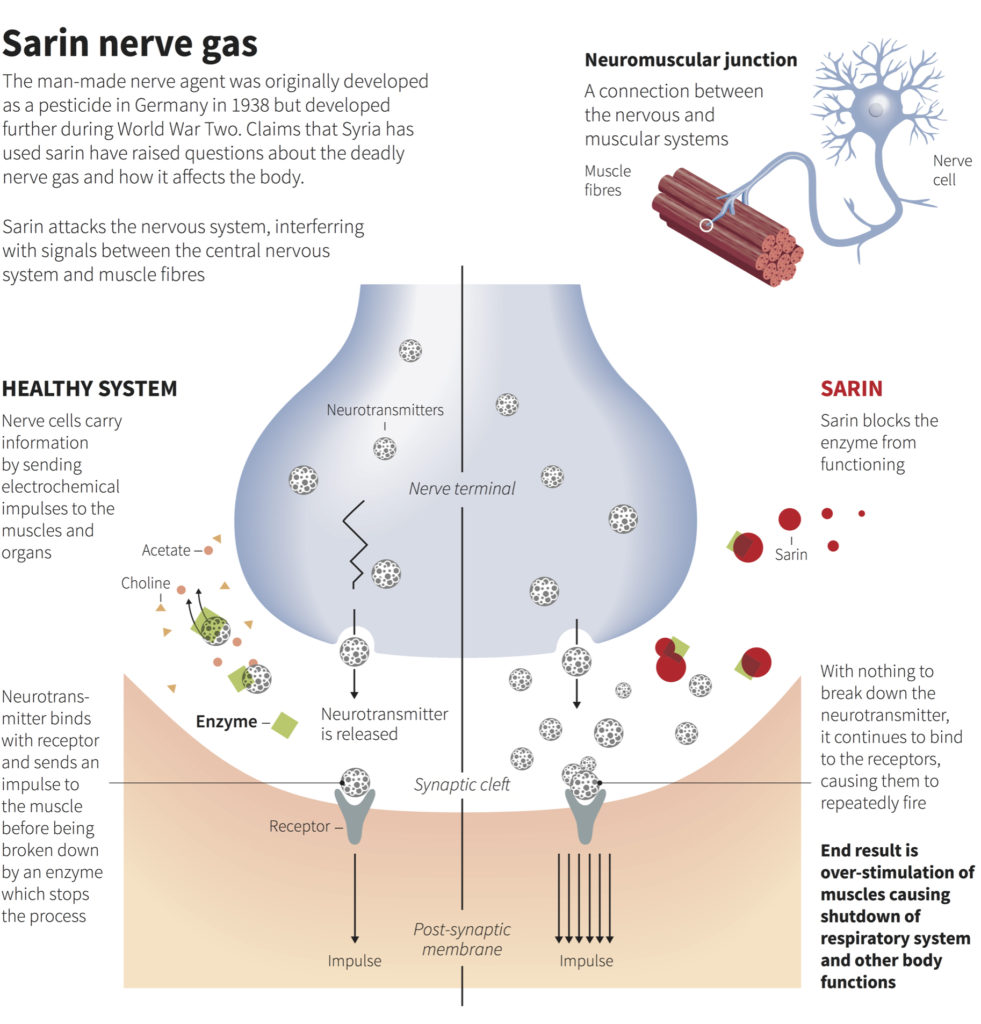 Nerve agents such as sarin cause their toxic effects by inhibiting acetylcholinesterase, an enzyme that catalyzes the breakdown of the acetylcholine neurotransmitter into acetate and choline.

Sarin is the most volatile of the nerve agents. This means it can easily and quickly evaporate from a liquid into a vapor and spread into the environment. People can be exposed to the vapor even if they do not come in contact with the liquid form of sarin.

Because it evaporates so quickly, sarin presents an immediate but short-lived threat.

Sarin is odourless and people not know that they have been exposed to sarin.

Even a small drop of sarin on the skin can cause sweating and muscle twitching where sarin touched the skin.

Exposure to large doses of sarin by any route may result in the following harmful health effects: 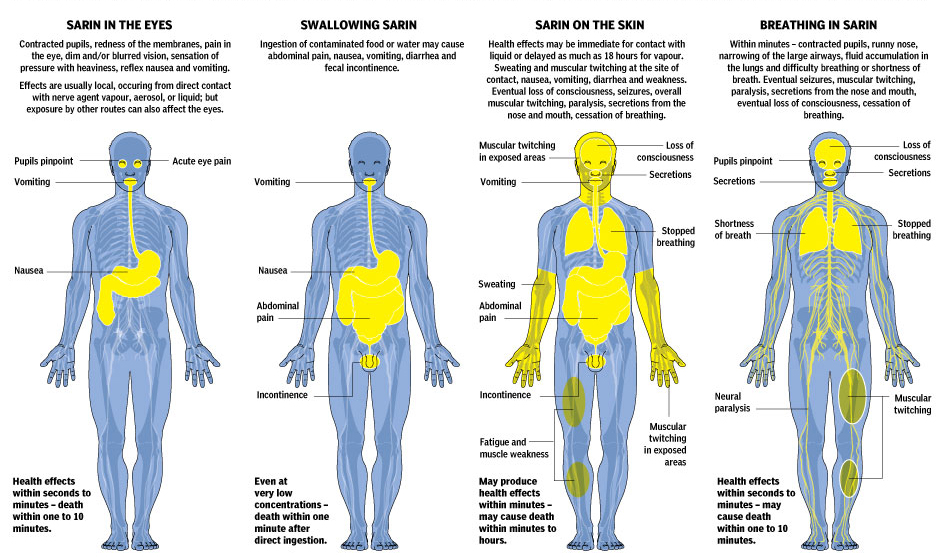 How people can protect themselves, and what they should do if they are exposed to sarin

Recovery from sarin exposure is possible with treatment, but to be effective, the antidotes available must be used quickly.

What the long-term health effects are 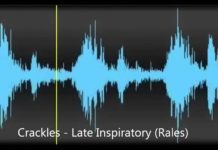 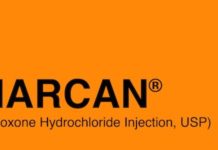 Possible Anaphylaxis | Save Me (Episode 3)